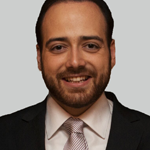 Thomas Alexopoulos got his first degree (M.Eng) at the National Technical University of Athens, School of Electrical and computer engineering in 2008. He has also received a Masters degree in Energy Systems from Heriot-Watt University and a Masters in Economic Analysis from University of Peloponnese, where he later joined the Doctoral Program of the Department of Economics and granted his PhD with honors. During his doctoral studies, he earned three times the scholarship of A.G. Leventis Foundation (Zurich, Switzerland).

In 2017, he was elected as an Assistant Professor at the Department of Economics, University of Peloponnese and is currently hired as an adjunct Professor at Hellenic Open University.

He has taught a number of classes, both undergraduate and graduate. His academic work has been awarded (John S. Latsis Foundation) and published in several Journals (The Energy Journal, Energy Economics, Environmental and Resource Economics, Energy Policy, etc.). He has also participated in a series of International Conferences around the world and has contributed as an author to several volumes.

In addition, he represents the University of Peloponnese in the United Nations Sustainable Development Solutions Network.